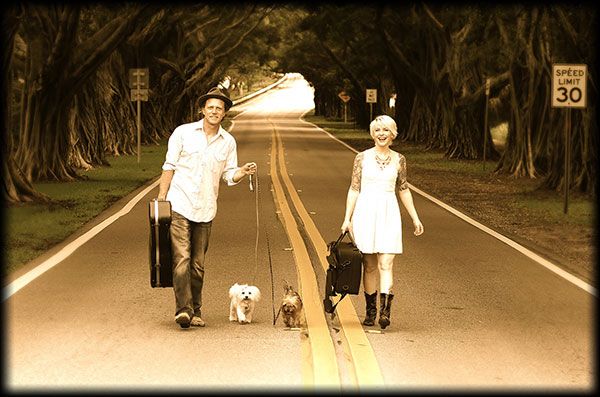 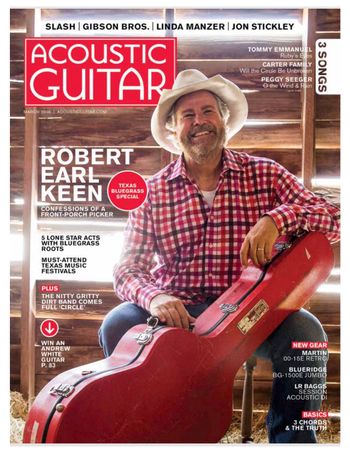 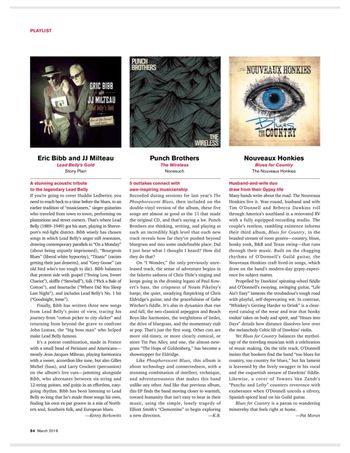 Bubbling Americana Gumbo of Blues, Country, Roots & Texas Swing
"The title track of this CD opens this twelve-track album and it’s like a blast from a firecracker. Nothing is over-stated it just starts with a punctuating Rebecca Dawkins country fiddle and authoritative vocals by Tim O’Donnell......" click the link above to read this wonderful review in No Depression by John Apice

"Somewhere around the middle of the Natchez Trace Parkway, halfway between the (in)famous crossroads of Clarksdale, MS, and Nashville, home of The Grand Old Opry and the Ryman, lays the spiritual home of The Nouveaux Honkies.  That’s where you’re halfway between blues and country.  Those two genres aren’t always too related, but Hank Williams, for one, knew they were kinfolk.  I’m So Lonesome I Could Cry practically defines twangy blues.  The Honkies sophomore album explores that relationship a little more fully."
"The Nouveaux Honkies represent so much of what’s good about Americana music today." (Twangville.com Shawn Underwood)

"All of these songs sound like something you've heard before -- in the sense that they're classics, not that they're cliched. The Nouveaux Honkies confidently combine country, blues, and rock'n'roll with their signature loving and playful touch." (No Depression/Rachel Cholst)

"Whether they are doing straight up country, or bluesy soul or folk rock, their sounds comes through as a couple of completely relaxed musicians who don't have to answer to anybody, who don't have to be anywhere they don't want to be." (Calvin Powers..Americana music show podcast)

"On Blues for Country, The Nouveaux Honkies roll hard through songs that have soaked up the fresh air of the American backroads this duo drive through every day, informed by all the great cities of the South, and beholden only to the open road." (The Daily Country)

"I had never heard of The Nouveaux Honkies, the Americana duo featuring Tm O’Donnell and Rebecca Dawkins, until latest platter “Blues for Country” came across my desk a couple weeks ago. As such, I had no idea what I’d been missing. O’Donnell and Hawkins are a first-rate tandem and this album, with its wide range of Southern influences, should raise their profile considerably." (Jeffrey Sisk..Pittsburgh In Tune)

"The Nouveau Honkies' imaginative originals are well-conceived interpretations of blues and R&B classics. They have a matchless sound and perform a blistering show with their futuristic approach to music that nevertheless retains an authentic American style. With fluid guitar work, reverent vocals and a haunting violin, this deep rhythm section is a discovery of the year." (Dusty Scott, Modern Guitars magazine)

"If you ever want to get baptized in pure music, spend an hour listening to Rebecca and Tim in an intimate venue like Carmela's, The love pours off the stage and crawls across the floor like the smoke from a dry ice machine. Tim sings every song like it was a story he wrote himself this morning and he can't wait to make you feel the way he does about it. Every time I get a chance to hear them I find myself smiling from the first note to the last. Can't wait until next Tuesday." (Daniel Poulos)
From way down South, here come The Nouveaux Honkies. This violin, guitar, bass and drum quartet are Roots and Roll that Rocks. “If Johnny Cash and Freddy King had a baby it would be the Nouveaux Honkies,” said the Ft. Lauderdale Sun Sentinel.

Bouncing around the country for the last 10 years, the Nouveaux Honkies currently spread their time between East Tennessee and Southern Florida.  Yes, some would call them “snowbirds”, but they will declare themselves bi-statual.  That’s not a word, but it will be.  As far as what one will hear when they perform, they consider it genre neutral.  They play songs they wrote and songs they wish they wrote.  If you wanna get picky it’s called “mother lovin’, country folkin’ blues”. Catch a show and you will end up smiling.

In mid 2014, Rebecca Dawkins and Tim O’Donnell, of The Nouveaux Honkies, hoisted anchor and set sail in their rebuilt RV. The journey started in South Florida and took them as far west as the Rockies, as far north as the Great Lakes, as far east as Cape Cod, and returned south for the winter. It’s been somewhere around 150 thousand miles, 600 shows, and at least one million smiles that has influenced The Nouveaux Honkies and their Loud In Here CD release in March of 2018. The New Year will also see TNH with a permanent residence in Knoxville, TN. O’Donnell says, “We based out of Tennessee the last two summers and fell in love with the Smokies. Knoxville will be a wonderful spring through fall hub for traveling and we also love this little city.” Their 2015 release, “Blues For Country,” masterfully blended styles. Their new release, “Loud In Here,” is a continuance of that same concept, respecting the greats and creating their own gumbo, which reveals a highway of influences.

“Loud In Here” is their third full length release and their second album recorded at The Zone in the hill country of Dripping Springs, Texas. It’s a culmination of the bonds they have made across the country. The album features special guests: Bill Kirchen, Ephraim Owens, Nate Rowe, Chris Gage, Lloyd Maines, Pat Manske, and Tim Buppert. O’Donnell says, “We arranged this record in the studio. We wrote most of the stuff a few weeks earlier when we were in Nashville and working with all theses dudes was just awesome. It was super relaxed and just plain fun. Ray Kennedy at Zen Masters did his magic and Tanya Shaw Jeffrey from Ginseng Creative in Colorado knocked the artwork outta the park.” Co-writing credits go to Rich Lyons from Florida. The record spans a full

emotional gauntlet and Rebecca Dawkins’ fiddling has expanded into an amazing singing presence. From humor and quirky duets like Will and Faith, Big Heart, Hard Head and their version of The Reason Our Kids Are Ugly, through innovative ballads like The Glades, Loud In Here, Heart Can’t Live Here, and Wichita Lineman, to pumping rockers like Today Won’t Be Easy and Playing Cards With Myself, this new record is a musical rollercoaster. The Nouveaux Honkies look forward to the new release and performing for the folks that afforded them the life they love.

To record Blues for Country, The Nouveaux Honkies pulled their RV into the peaceful hill country town of Dripping Springs, Texas, a tiny town 30 minutes West of Austin. “We had our dogs, our espresso machine, our bed, our kitchen and the whole thing was super relaxed,” remembers Dawkins. “I think it reflects in the recording. It doesn’t feel frantic or rushed even though we were in and out in 8 days.” On Blues for Country, O’Donnell’s whiskey-tinged vocals are a perfect match for Rebecca Dawkins’ glorious harmonies and soaring fiddling; the two of them can sound as charming as an old-school country duet like Parton and Wagoner, or as bittersweet as that old recording of Townes Van Zandt and Emmylou Harris. In fact, the two cover Van Zandt’s “Pancho and Lefty” on the new album, though most of the songs are originals from O’Donnell’s pen. O’Donnell’s songs track the road-rambling ways of The Nouveaux Honkies, from “Life Ain’t Easy,” an unvarnished look at the touring life of musicians, to “I Know Things You Read About,” a funny song that speaks to the hard-won life skills learned on the road, or “Hours Into Days,” which sadly chronicles the distance that can well up between two people. O’Donnell’s the best kind of songwriter–able to swing between bitingly funny and touchingly honest–and he showcases this on stellar songs like the opening track “Blues for Country,” which perfectly mixes R&B vocal swagger with Dawkin’s country fiddle.
On Blues for Country, The Nouveaux Honkies roll hard through songs that have soaked up the fresh air of the American backroads this duo drive through every day, informed by all the great cities of the South, and beholden only to the open road.

Join Our Email List
For Email Newsletters you can trust.